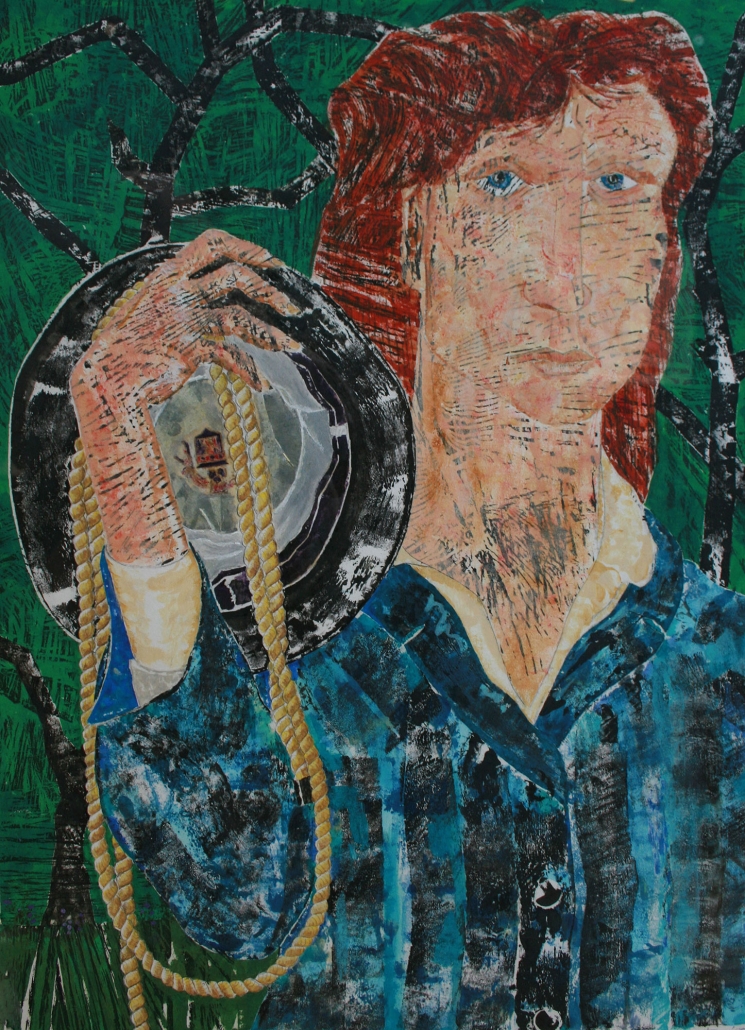 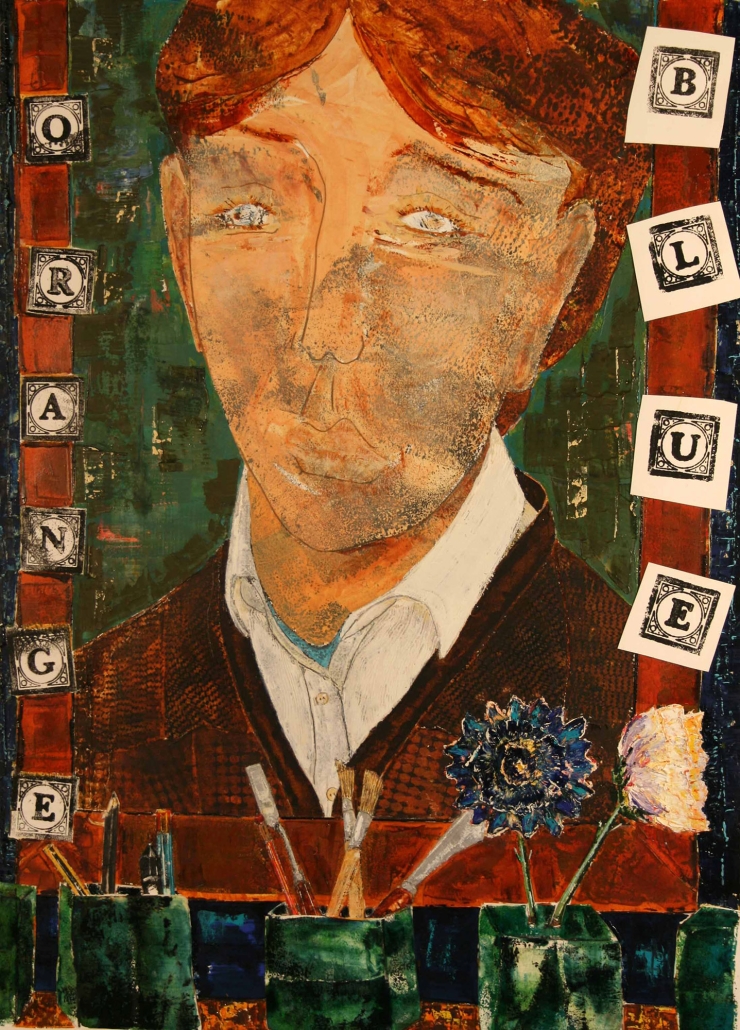 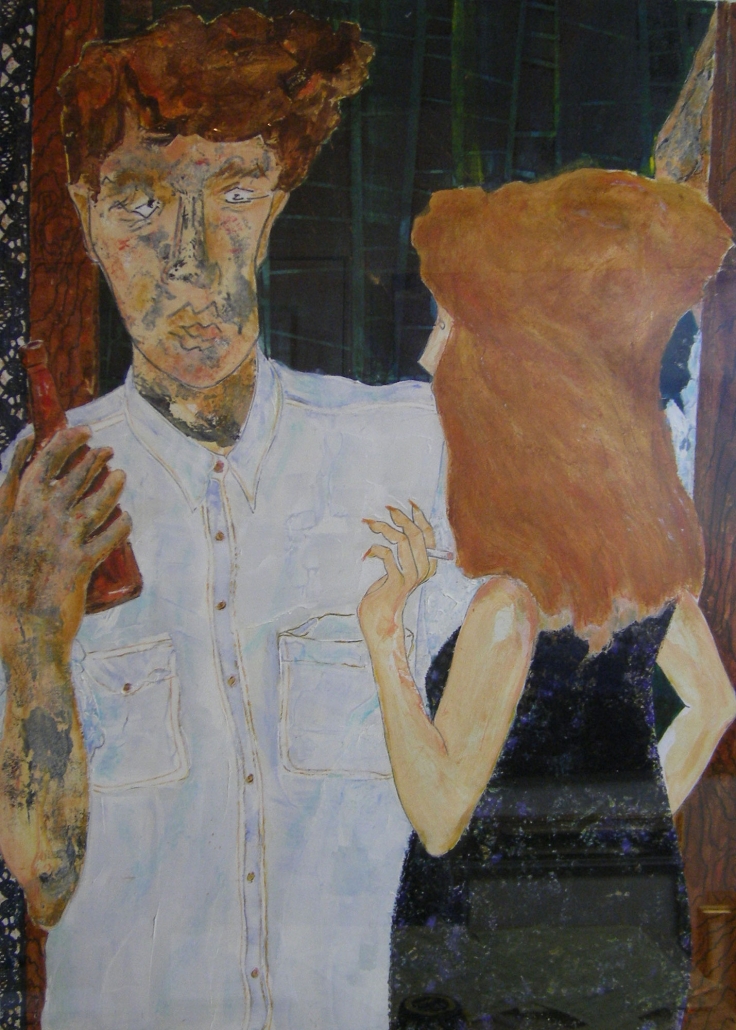 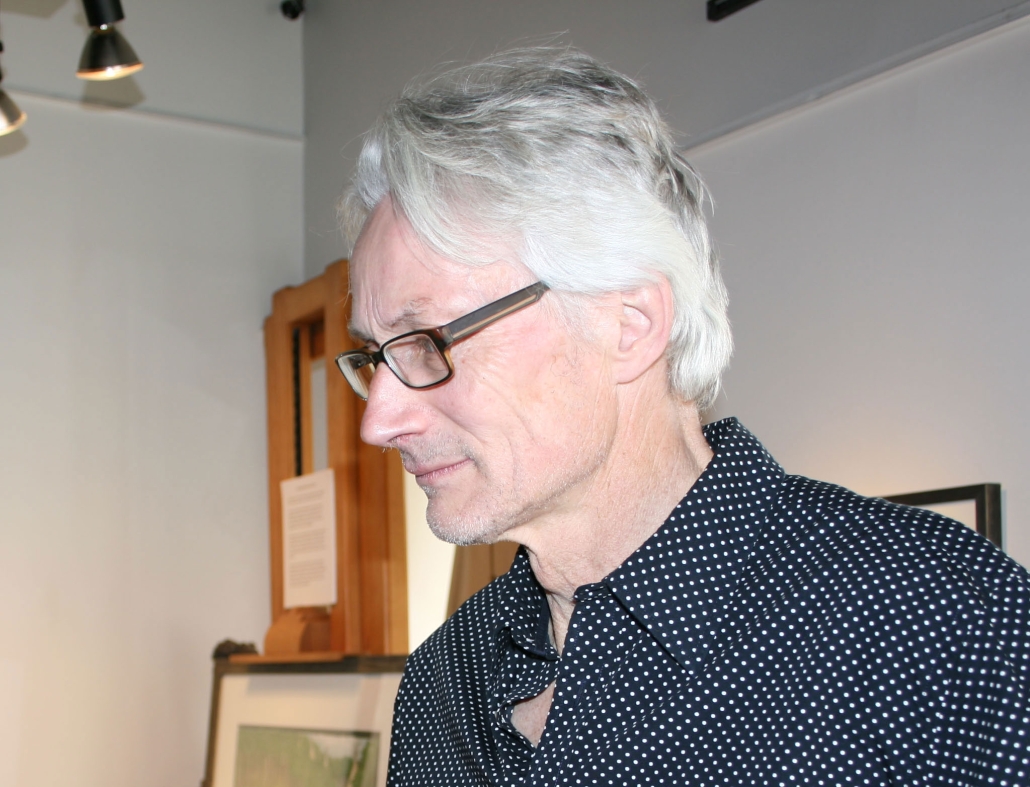 Robert Dempster is delighted to acknowledge his artistic debt to John Snow, the venerable Calgary printmaker who passed away in 2004. “I am standing on his shoulders” insists the Sidney B.C. native with the kind of gentle modesty that was characteristic of his mentor. Dempster worked with Snow and Snow’s lithography press for six years. He learned to master the complex art of creating images on paper with colour, stone surface, and a print roller. In 1983 he began to make sculpture, using Snow’s own recipe for cement fondu – a mixture of cement, gravel and glue.

Like all gifted teachers, Snow encouraged Dempster to develop his own way of using form and colour. Consequently, Dempster’s art gives free rein to his inventiveness, powerful sense of formal rhythms and wickedly wry humour. His figures range from the self-consciously theatrical intellectually engaged to the tremulous and vulnerable female.

Dempster’s figures are pushed right up to the picture plane until they seem to impinge upon our own, real space. They sometimes confront us, sometimes avoid us. Like Snow, Dempster challenges the viewer of his art to take full measure of his or her own experience as the observer and the observed.

In his mixed media works, one colour is layered over another. Using lithography paper, which is thick and absorbent, Dempster applies oil based ink, oil colour and watercolour pencil crayon. The first layer of ink sinks right into the paper, leaving some paper surface showing through. This gives an effect of luminosity, which in turn creates forms, atmosphere and mood. Successive applications result in more opaque effects of colour or of darkness.

Dempster has also used various collage elements. Fragments of wax paper and layers of paper cut-outs add both visual and conceptual dimensions to these works, and situate them within the tradition of Modernism, so uniquely revived and re-presented by John Snow in Calgary.