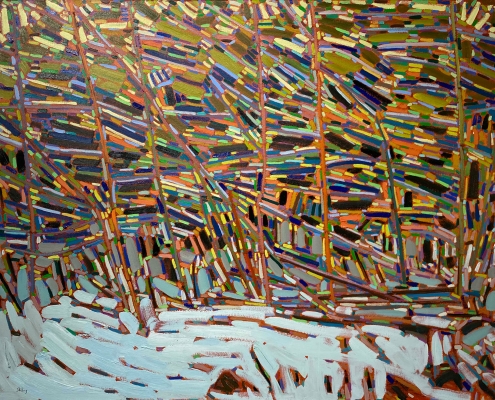 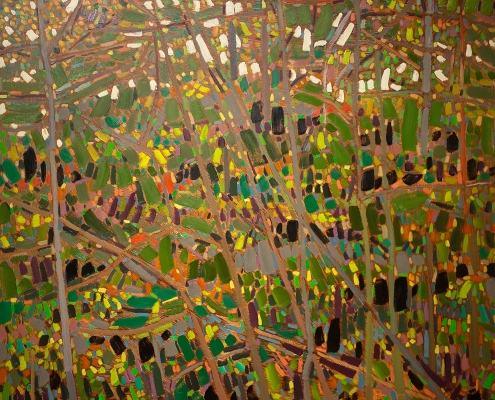 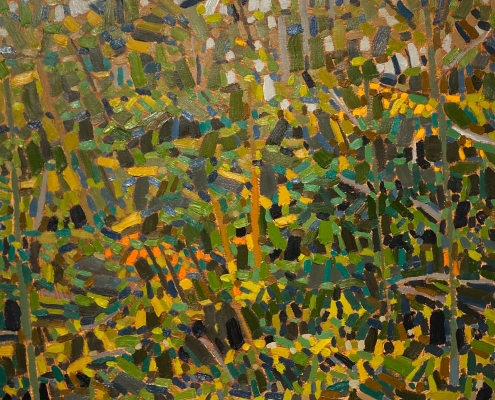 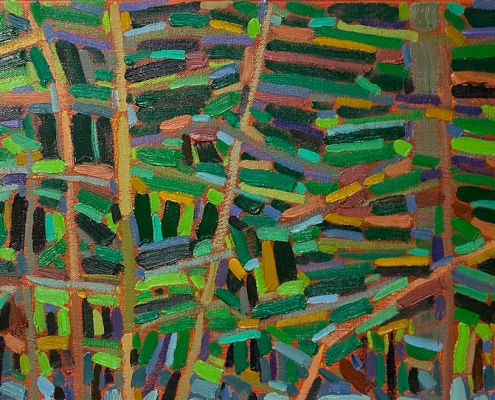 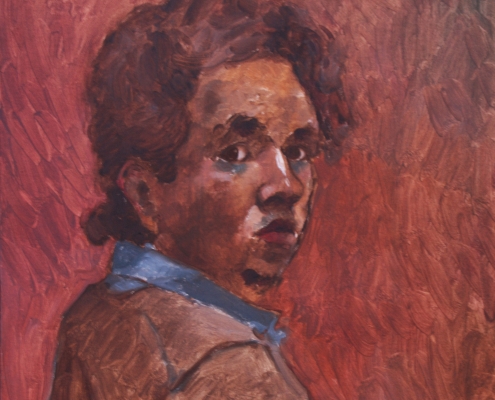 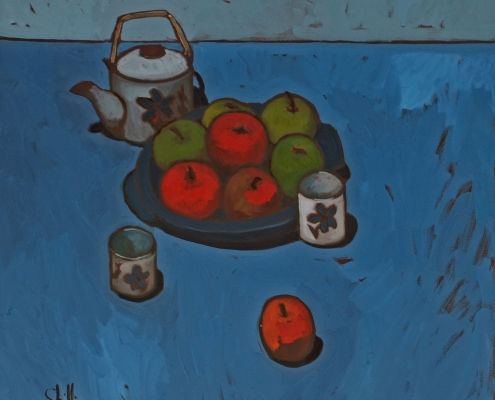 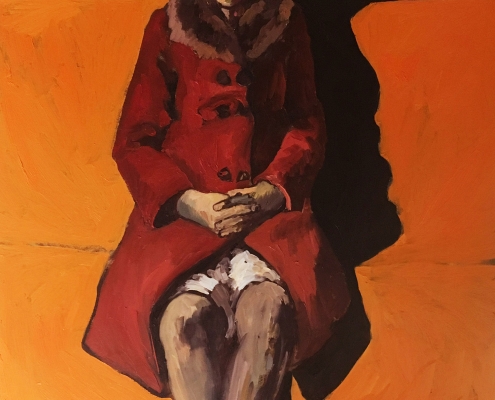 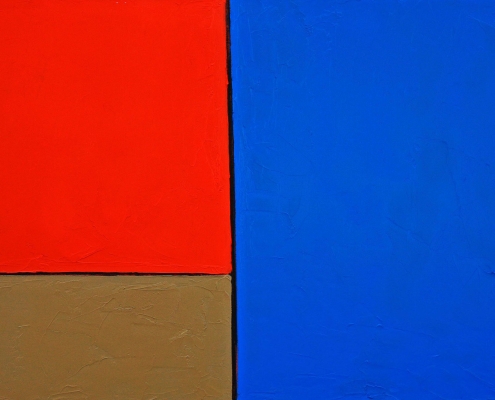 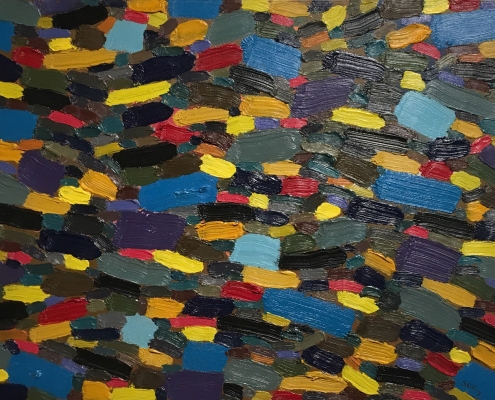 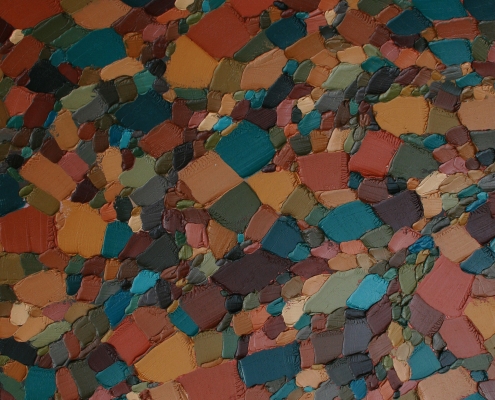 “This is a painting of Tanya, when she was in the midst of school at the Ontario College of Art and Design. Her hair was long then and who knew we would be back now in our hometown (Orilllia, Ontario), where this piece was painted, raising a 3 month old little boy. Her hair is short now but I used to love it when she wore it back when it was longer. The jacket was passed down to her from her mother.”

Born in 1977, Bewabon Shilling is the eldest son of the late, renowned Ojibway artist, Arthur Shilling. His paintings are inspired by his surroundings, and his subject matter consists mainly of his environment and its local inhabitants. Painting on the shores of Lake Couchiching, Shilling is engrossed by the ever-changing seasons and inspired by the people that come and go in his life. Along with landscapes and figurative work, Bewabon also explores in his paintings still life subjects and abstracts with the same passion and strength. His execution is deliberate, and colour palette, unique.

Bewabon enrolled in a one year of Graphic Design program before attending the Ontario College of Art and Design in the field of drawing and painting. In 1999, through OCAD, he was accepted to take part in the Florence, Italy off-campus studies program. Shilling graduated from OCAD in 2000 being awarded both the Norman Jewison Award, and the Rose of Cedarvale Scholarship. Since then, Bewabon has exhibited across Canada including Toronto, Saskatoon, Calgary, in the United States, including New York, N.Y., and Santa Fe, New Mexico, and in Europe including Florence, Italy and London, England. In 2011, Bewabon was chosen to exhibit a painting through the Art Dealers Association of Canada at the Armory Show in New York City.